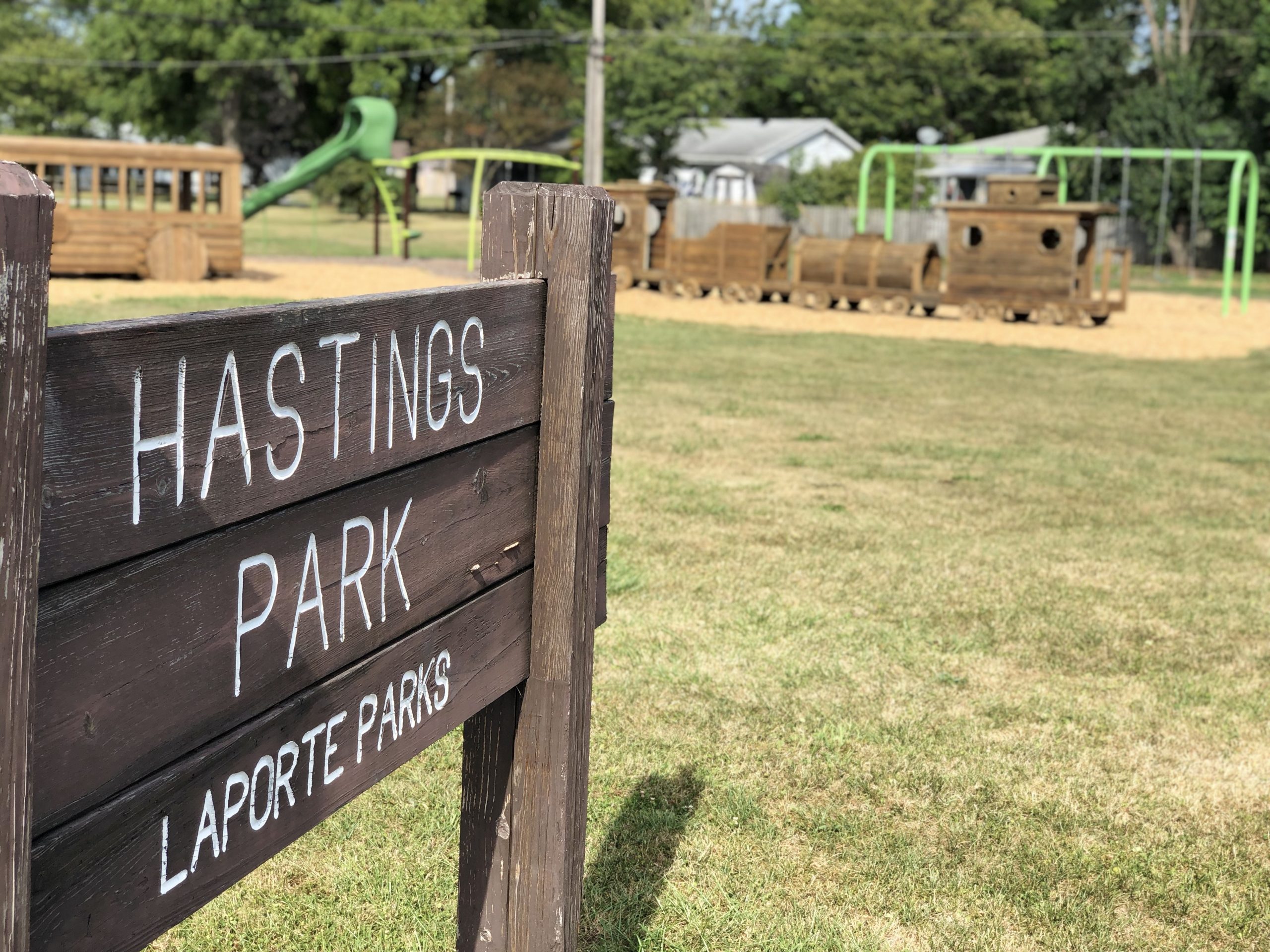 In 1970, the 1-acre lot was originally offered to the city to be used as a tot lot. The area, known as the Monroe Tot Lot, was partially fenced and contained play equipment purchased through general park funds. In 2013, the Hastings family donated the property to the city and it was formally named Hastings Park. That same year, the La Porte Park Foundation funded a new play structure. Over the past two years, La Porte Seamless Charity has donated two wood play structures.