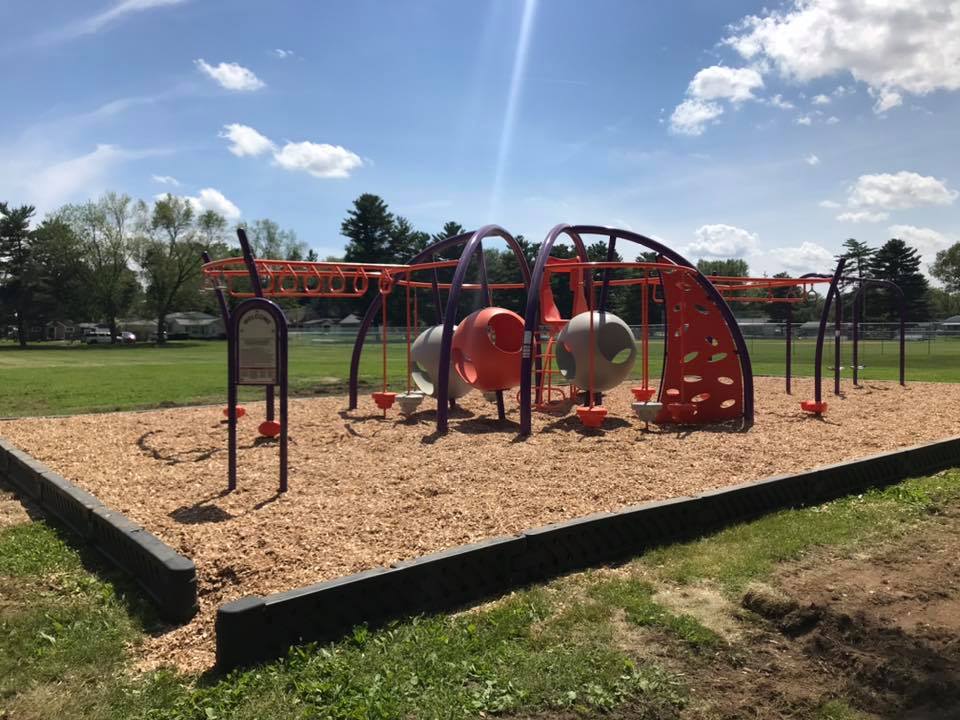 JUNE 2020: The installation of the new playground at Clarke Park was completed and it looks awesome! Thank you to the La Porte Park Foundation for funding this project. Clarke Park is a two square block area of 6 acres that was a donation to the city in the late 1930s. The park is generally surrounded by tall, mature fir evergreen trees that provide a buffer for the adjacent residential areas. The park is undergoing a renovation funded by DeCamp’s Band of Brothers (see below). The first phase of the project is nearly complete, with the baseball field regraded, a grass infield with irrigation constructed and fencing installed. The dugouts, bullpens, and ADA-compliant spectator areas are scheduled to be completed this fall. The second phase, with a completion goal of early 2020, includes replacing and relocating the playground to the east side of the park. Future additions may include a picnic shelter, basketball court, and off-street parking.